REVIEW: VENICE IN THE MOONLIGHT BY ELIZABETH MCKENNA 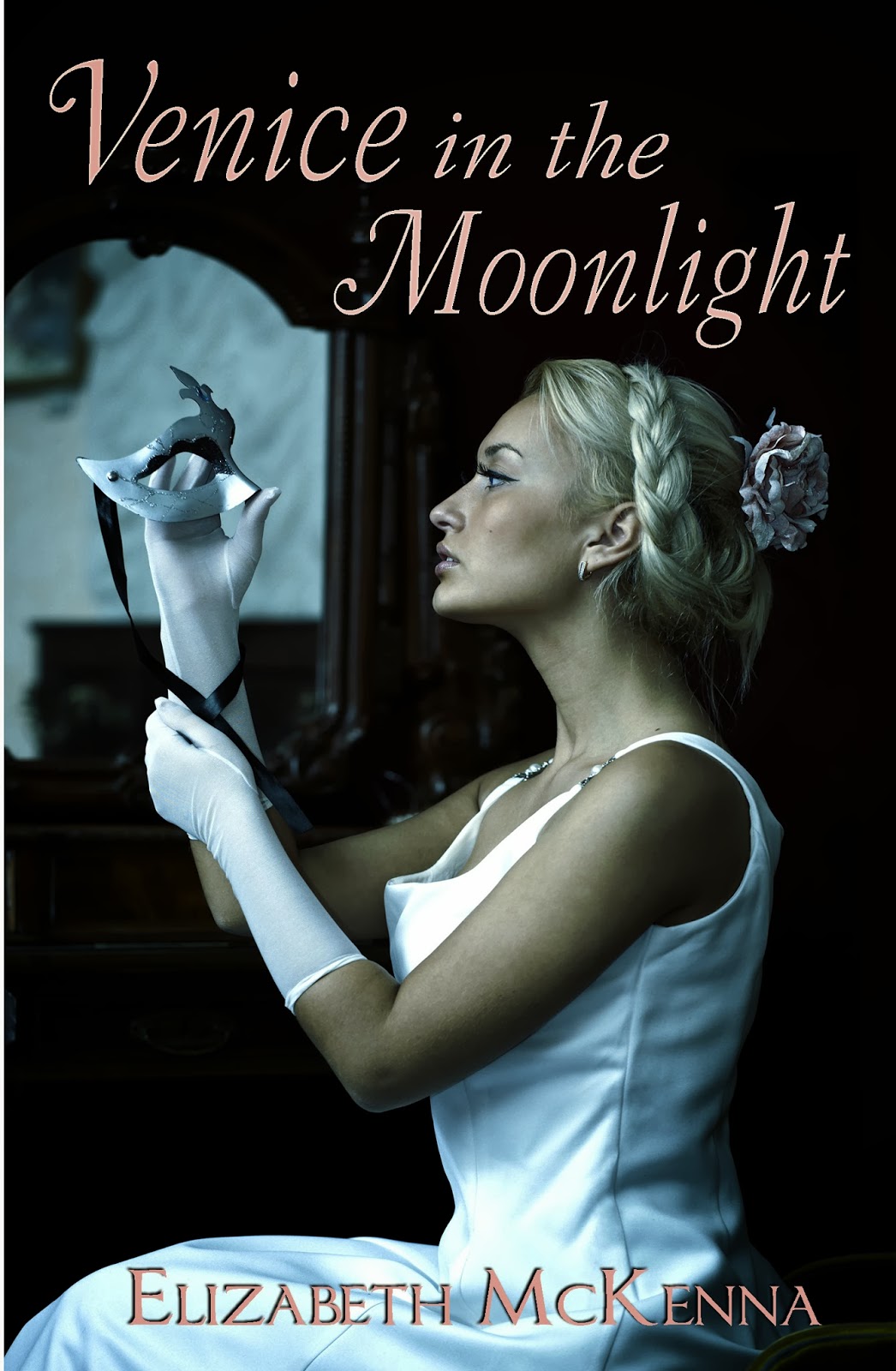 Blurb:
A Story of Vengeance, Forgiveness, and Love
Considered useless by his cold-hearted father, Nico Foscari, eldest son of one of the founding families in Venice, hides his pain behind gambling, drinking and womanizing.
After her husband’s untimely demise, Marietta Gatti returns to her hometown of Venice in hopes of starting a new life and finding the happiness that was missing in her forced marriage.
When Fate throws them together, friendship begins to grow into love until Marietta learns a Foscari family secret that may have cost her father his life. Now, she must choose between vengeance, forgiveness, and love.
Elizabeth McKenna’s latest novel takes you back to eighteenth century Carnival, where lovers meet discreetly, and masks make everyone equal.

When we start out, our heroine is very much married to the sort of man you cheer for when he dies, a  wife-abusing,  philandering, drunk. His mother is distant and cold-hearted. You really feel for Marietta. With her husband's death, Marietta finds herself an abandoned widow. The evil that is Marietta's mother-in-law barely lets her son's grave go cold before she tosses our heroine out without any arrangements. She demonic hag even burns Marietta's paintings. Once Marietta returns to Venice, she finds her father murdered, a letch chasing after her, and a lack of friends. Will her troubles never cease to end?

I really enjoyed reading this book. The descriptions were very provocative. Everything from the costumes to the deep emotional loss Marietta experiences show McKenna's writing range. The twists and turns made it a real page turner. I even became upset when I realized I left my Kindle at home one day and wouldn't get to see what happened next! Even though our hero doesn't start off as much of a hero, you find you want Nico to become a better person, to be the sort of man Marietta deserves. The only thing missing is watching that monstrous mother-in-law getting taken down a few pegs. That would have been the only thing that would have made the ending better, although Marietta is a true lady and would never do such a thing.

This book is suitable for a wide range of romance enthusiasts. The language and situations are tame enough for this be a good work read. You don't have to worry about anyone looking over your shoulder. Need a good read for that carpool line at school? No problem. This story will make you wish you could wait a few more minutes before the kids climb into the car. I'm giving this one a full 5 stars! 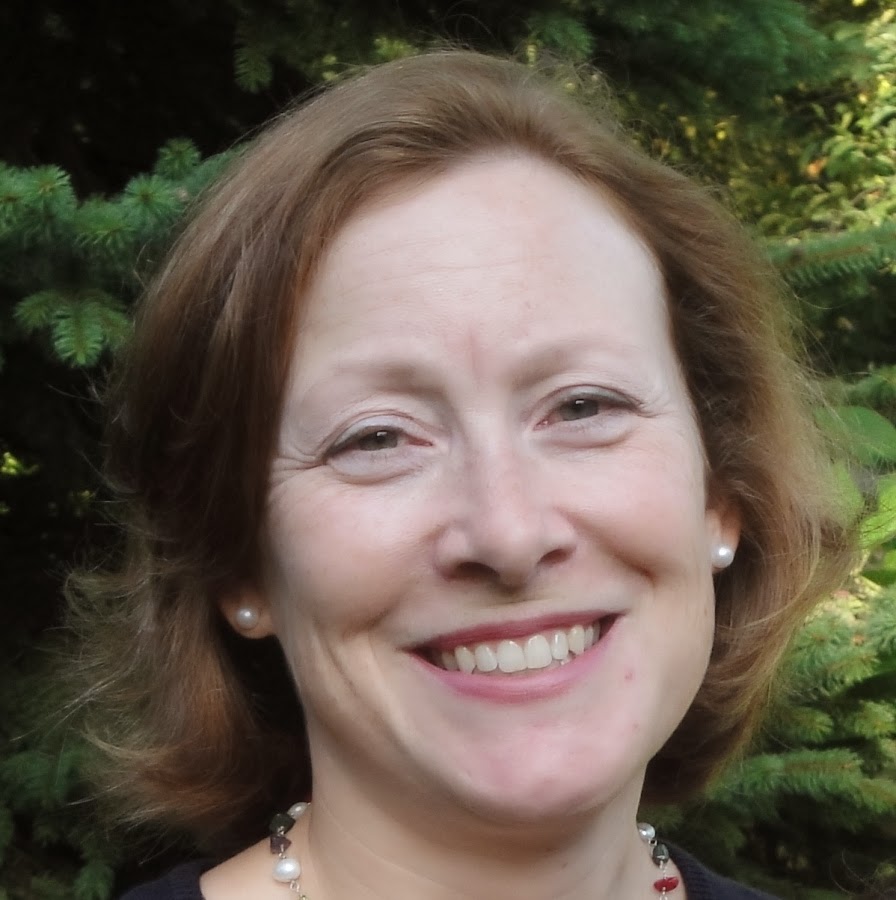 Elizabeth McKenna works as a full-time technical writer/editor for a large software company. Though her love of books reaches back to her childhood, she had never read romance novels until one Christmas when her sister gave her the latest bestseller by Nora Roberts. She was hooked from page one (actually, she admits it was the first love scene). She had always wanted to write fiction, so when a psychic told her she would write a book, she felt obligated to give it a try. She combined her love of history, romance and a happy ending to write her debut novel Cera's Place. Her short story, The Gypsy Casts a Spell, is available for free on her website http://elizabethmckenna.com/. She hopes you will enjoy her latest novel, Venice in the Moonlight, as much as others have enjoyed her previous works.

Elizabeth lives in Wisconsin with her understanding husband, two beautiful daughters, and sassy Labrador. When she isn't writing, working, or being a mom, she's sleeping.

Nico shrugged in the French wingback chair they had placed by the fireplace for his portrait. He looked regal in a black silk suit trimmed in gold and a waistcoat of burgundy and gold leaf-patterned brocade. It seemed Raul had excellent taste in men’s fashions.


Marietta rolled her eyes before she settled in a chair behind the easel. “Please keep still while I draw.”


“May I talk?”
“I’d rather you didn’t.” Looking at him was going to be enough distraction. She didn’t need to listen to him also.
He ignored her request. “I have to ask—why Palladino?”
Marietta blew out an exasperated breath. “I can’t sketch you properly if you talk.”
“You could have chosen any man at the Consul’s villa. Casanova himself expressed interest in you, yet you leave with that pig.”
“It’s not what you think.” She compared her drawing to Nico and frowned. His shoulders were no longer in the same position.
“You didn’t have to suffer the man’s dismal lovemaking. What were you thinking?”
“We did not make love,” she replied through clenched teeth.
He continued as if not hearing her. “You’re the first woman in years that he didn’t have to pay, though he would never admit to his need for courtesans. I just don’t understand how you could find him appealing.”
“We did not make love.” She practically shouted it this time. “I’m not attracted to Palladino or any other man for that matter.”
This silenced him, gratefully, but only for a few moments. “Well, in that case, I know of a few courtesans that can accommodate you. I am told they are quite beautiful and skilled.”
Marietta threw down her charcoal and marched over to him. She grabbed his shoulders and repositioned him. “That is not what I meant and you know it.”
He smiled up at her innocently. “I didn’t mean to offend you, but you have refused my charms, so what should I think?”
She glared at him for her own benefit, knowing it would have no effect on the man. “You need to stop talking and moving.”
When he didn’t respond, she said, “That’s better.”
He lasted almost fifteen minutes. “So, what kind of man are you attracted to? Perhaps, I could suggest a few potential lovers.”
“How about one who has fewer conquests than fingers and toes? Or one that values honesty and fidelity over all else? Do you know any like that?”
From the thoughtful look on his face, he took this as an earnest question. “I’m afraid a man like that will be hard to find in Venice, especially this time of year.”
“Well, then, I guess I’ll have to go without.”
“How depressing. What will you do for amusement if you don’t take a lover?”
Marietta rubbed at her temples and decided she deserved more than the coins she’d already been paid. “There’s more to life than pleasuring oneself.”
“Really?”
“Yes, Signore, really.” She placed her stub of charcoal on the easel’s tray and rolled the stiffness from her neck and shoulders. “That is all for today. I have another appointment.” It was a lie, but she felt the need to rest and the bed in the corner was tempting her tired body. 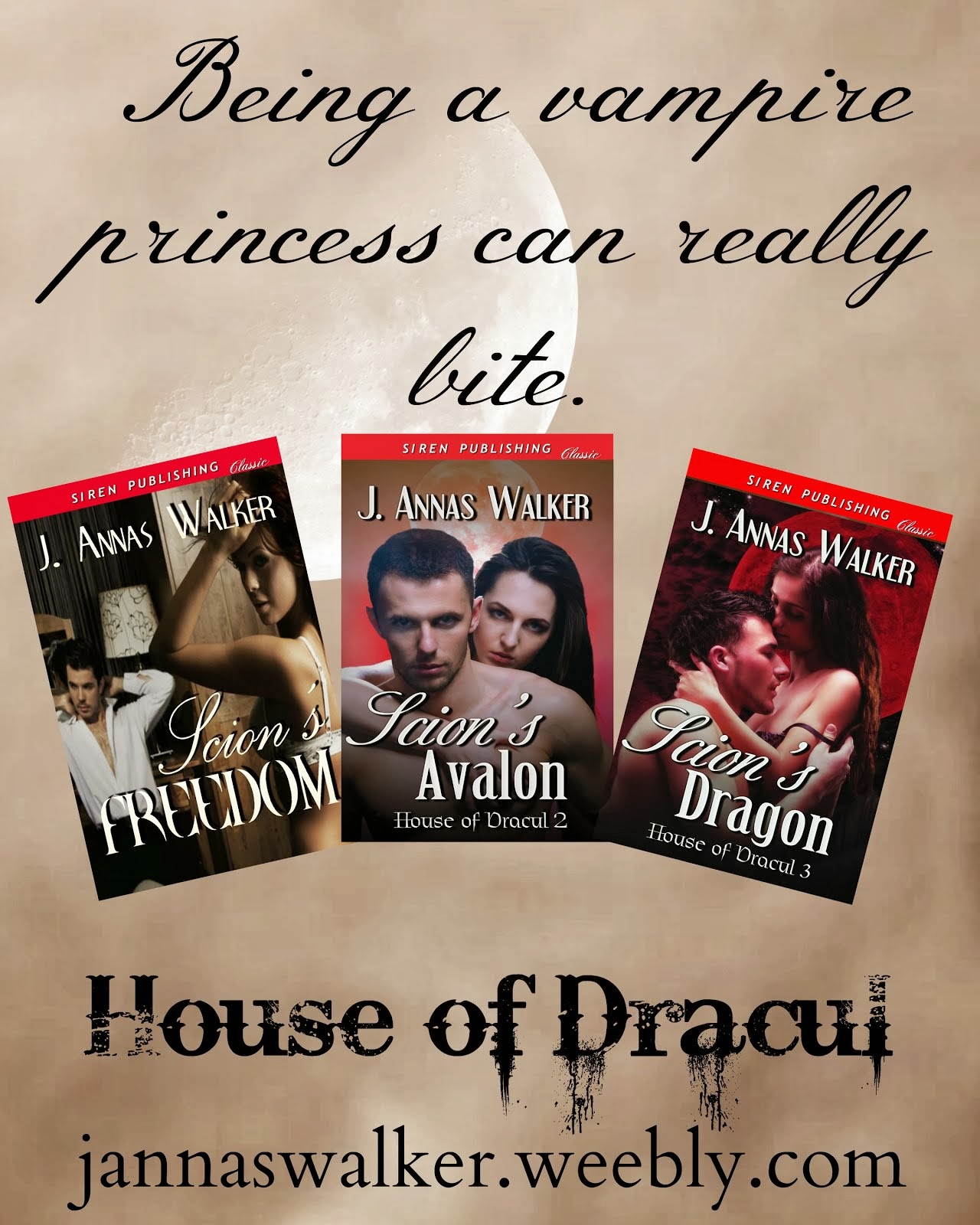 Get my Android App 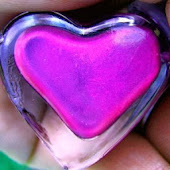 Find Me On The Romance Reviews

Find Me On Goodreads